We published our book for iPad 21012: Science & Prophecy of the Ancient Maya by Dr. Mark Van Stone on Aug. 23, 2012 using the 1.0 version series of iBooks Author. The book cleared through Apple’s approval process in a day or two and was up on the iBookstore without us even realizing it.

The book has been selling well; not as well as we hoped, but it’s been selling. As we get closer to Dec. 21, 2012, interest has been picking up and we’ did a TV interview here in Dallas Tuesday that’s slated to run soon.

But there’s been a problem we didn’t know about until after the October 23, 2012 update to iOS 6, iBooks 3, iBooks Author 2.0 and iTunes Producer 2.8. At least three customers have bought our book and reported not being able to actually open it once it’s on their iPad. While that number is small, in our opinion, that’s three too many.

What is more troubling is that we received no notification from Apple, iTunes Support, iBookstore Support, meaning the problem could have been with the individual users. We just don’t know. When we asked iTunes Store Support why they gave refunds instead of letting us know about the problem, their answer was that they simply don’t discuss why they issue refunds.  Not helpful.

Trying To Get To The Problems Caused By iBooks Author 2.0

So as we publish this piece, all we know is that three customers said once they downloaded version 1.0 of our book for iPad, they couldn’t open it. The bar across the icon of the book was black, which tends to indicate there’s a problem.

When we opened our .iba file made from the version 1.0 series (It was last opened on Aug. 23, 2012)  in version 2.0 on Nov. 24, 2012, we immediately got a flag warning from the software saying that the image on page 156 was too large. Thumbing through the book also showed that iBooks Author 2.0 had messed up multiple widgets we’d laid out perfectly in version 1.0.  They were compressed into a tiny size and were sitting at the left sides of pages. Several of them we’d laid out to encompass an entire page. Version 2.0 messed all that up and required us to repaginate several places in the book.

The first flagged warning is pictured below:

It never occurred to us that we might need to open up an old version of the book made with an earlier version of the software to ensure that the new version didn’t mess it up. That’s not how software updates are supposed to work! And certainly, one wouldn’t expect that something that had passed muster in an earlier version suddenly was being flagged as a problem. But that’s what happened.

So up popped that first screen warning asking if we wanted to see the problems it’d found.

So, I clicked yes and got this next screen:

Issues with Photo on Page 156. This dialogue box appeared and said an image that worked fine up until Oct. 23, 2012, was no longer any good in our book for iPad.

To fix the photo problem meant taking the original, running it through Photoshop, shrinking it, and then reloading the page. Nothing difficult there, but if there is anything causing a problem with people downloading the book and it opening now in iOS 6, it’d seem this was it.

But wait. Version 2.0 caused even more disruptions inside the original product.

Widgets All Messed Up

Things got even wonkier after that. There were multiple widgets in the book that got totally screwed up by iBooks Author version 2.0. As you can see, some of them got zapped in size and then moved to the top left portion of a page, completely affecting the pagination within a chapter.

Widgets From iBooks Author 1.0 Are All Messed Up In Version 2.0

To fix everything back required going through all 179 pages of the book and ensuring that the pagination wasn’t messed up.

There were numerous cases where it was.

Pagination From iBooks Author Version 1.0 All Messed Up in Version 2.0

Last Saturday night a week ago, we tried to save these changes so that we could quickly upload the book back to the Apple servers and have the issue resolved.

Then came about the whole issue of the destination drive was full that was written about last week.

Software Updates On Our Mac

It is important to note here that we keep our MacBook Pro’s software up-t0-date. We updated to Mountain Lion the day it came out. We updated iBooks Author as soon as Apple released it on Oct. 23, 2012.  We updated to iBooks 3 on an iPad 3 on Oct. 23. We updated to iTunes Producer, which is used to send books for iPad to Apple’s servers as soon as we saw it was available. So you can imagine how we felt when we started getting responses from the truly good people we’ve been working with for three months off and on now at iBookstore Support suggesting that our uploading problems might be coming because we HAD NOT updated the software. No, our problems were happening because we HAD.

So after the problem with the destination drive, we reported the problem to the iBookstore Support team.

We kept also trying to get our book to upload once we got past the destination drive issue.  And we soon had more problems, which will be discussed in the next post.

For now, the book has been uploaded to Apple and it has been approved. But to say this hasn’t been quite upsetting and frustrating would be a great untruth.

We strongly recommend that if you have a book on the iBookstore right now that was made in version 1.0 of iBooks Author that you open it up in version 2.0 and see what kinds of bugs might pop up.  Then we also suggest you do an upload of a new version to the iBookstore. You can imagine the pain in our hearts the past week and a half trying to get our book reloaded to the iBookstore when it’s about the 2012 Maya prophecy and we’re down to 17 days away. This could not have come at a worse time for us. But thankfully, we did get some great one-on-one support from our many friends at Apple to help get this resolved. It was just a real nail bitter there for a spell….. 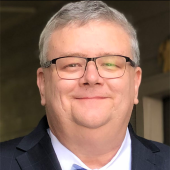 Writing A Novel – Mistakes I’ve Made