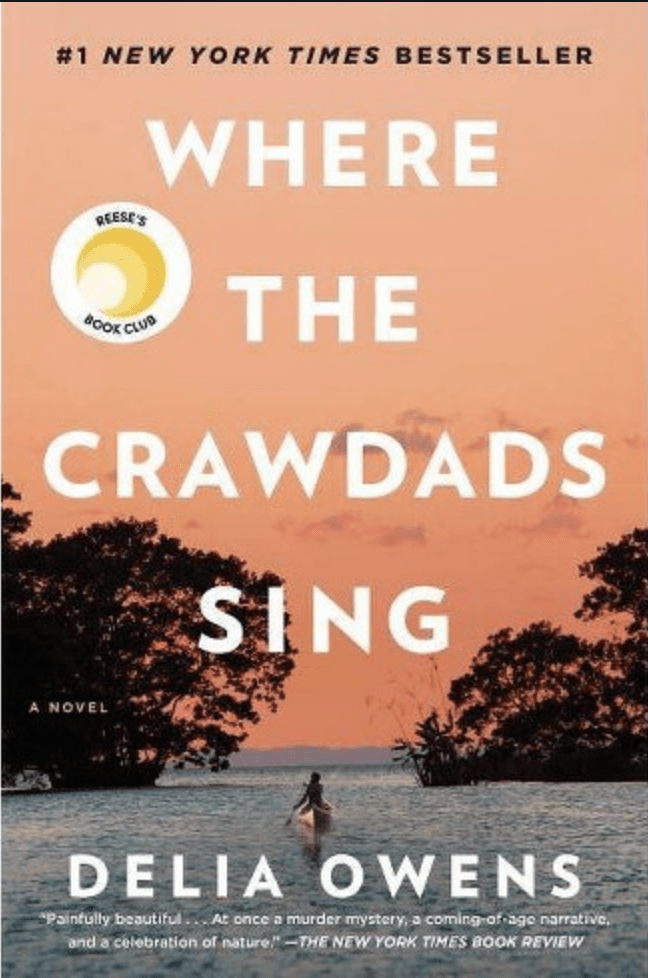 Throughout 2016-17, I congratulated Amor Towles via Twitter and even an occasional email on the success of his book, A Gentleman in Moscow, for its 60+ weeks on the New York Times Hardcover Fiction Bestseller List. At that time, no one on the list was close to him. Most of the regular once a month books from the likes of James Paterson, John Grisham, Steven King, Clive Custer, and Tom Clancy writing from the grave, et al would pop up, get their three weeks of fame, and then by on the $5 dollar rack at Barnes and Noble a month or two later. (NOTICE: All linked items on this page are via Amazon. You click and are taken to your own account. If you make a purchase, I may earn a small commission from the sale. And thank you for using this method to assist me in continuing to provide this top content.) 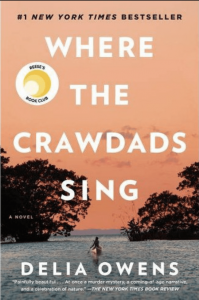 Where the Crawdads Sing

Where the Crawdads Sing

But now in early 2020, there is something special going on. For one thing, Delia Owens’s Where the Crawdads Sing now has been on the list for 76 weeks, and a good many of them in the number one slot. I read this book last summer and there is still imagery that pops into my mind when I think about the scenes she created in the book. I can still feel what it might have been like walking up to the tower down by the ocean. Hear the rotted steps off the front porch. Imagine what it might have been like in her boat in the bayou. Going to her hideaway shack. The book deserves the notoriety it is receiving.

Yet that is not all. The Silent Patient by Alex Michaelides is a book, as of today I’m only six chapters in, but holy smokes, this has my attention. A woman has been charged with murdering her tied-up husband by shooting him in the face multiple times in their London or Surrey home. (Writers have long had so many characters live in Surrey that it’s almost funny.) After the woman allegedly did the deed, she stopped speaking. The narrator is finally about to get her into a mental home. He got a job there just so he could be able to work with her to see what makes her tick. This is as far as I’ve gotten, but I’m intrigued. From the looks of it, the woman is not the murderer…. The book, at present, sits at 37 weeks on the NYT list.

The present number five book on the list is Ann Patchett’s The Dutch House. For 21 weeks, the book has done like most all Patchett books and been on the list. I am a fan of Ann’s work, there is no doubt. Commonwealth and Bel Canto are wonderful reads as well. The Dutch House includes an older sister character named Maeve. One can’t help but fall for this girl and her grit. I truly enjoyed the book, and by the way, the girl in the red coat on the cover is a depiction of her.

But I also noticed Stephen King has a book that’s been on the list for 22 weeks–The Institute. I read his 2018 tome The Outsider, which also made the list. I don’t know about this one. The tagline on this one is too much for me.

Jojo Moyes is next with 19 weeks on this list. That book, The Giver of Stars, if it gets to 25 weeks, that’s typically when I will finally buy. If you’ve had the chance to read this book, leave comments below about why others should, too.

And then John Grisham has a book that’s lasted 18 weeks, The Guardians. I’m not much for legal and lawyer whodunits. Leave comments below if you’ve read this book and what you liked about it.

Congrats to these authors for doing something that’s very hard to do. First, they made the list. Second of all, they made the list and have stuck around longer than the normal few weeks of the marketing push for a book, and are still living, breathing, and selling copies like crazy.

(NOTICE: All linked items on this page are via Amazon. You click and are taken to your own account. If you make a purchase, I may earn a small commission from the sale. And thank you for using this method to assist me in continuing to provide this top content.)