Are your cell phone msgs are private if the phone is work provided?

Here's a case of huge significance to be heard by the U.S. Supreme Court tomorrow: If you have a cell phone that's paid for by your boss and you send sexually explicit messages or just private ones for that matter, are you entitled to your privacy in what's in the personal messages?

In this case, it's a matter of a police officer's superiors searching through his cell phone and finding personal messages and whether or not that's a violation of his Constitutional rights. 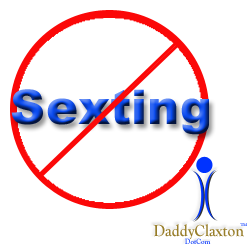 A couple thoughts come to my mind right off, and I guess I should read more.  It would seem that text messages, if on a phone paid for by a government entity, that those would be subject to open records and therefore wouldn't be any different than if one were sending the same content via a desk-top computer and email.

This is a pretty significant question.  And the variations of it that could come to mind are boggling.  Think of this.  If your employer bought the phone you use, but doesn't pay for the service, does that make it your phone or their phone?

If they pay for the service and you pay for any overages, does that make you the owner of the content or your employer?

If you're having a bad day at work and you send a note to a friend or your wife and say, "My boss is being a jerk today. I hate this place," and then your boss goes through your phone and decides to fire you because of what you wrote, how is this different than if you did the same thing on the office networked computers?

According to the link above, "The 9th U.S. Circuit Court of Appeals ruled in 2008 that the police officer, Sgt. Jeff Quon, had a reasonable expectation of privacy.

"The appeals court found that the police chief's decision to read the pager's text messages without a suspicion of wrongdoing violated the officer's 4th Amendment constitutional protections against unreasonable searches."

Obviously, the answer to all of this seems to be quite simple and logical, however somewhat inconvenient.  GET YOUR OWN PHONE.  And then that opens a whole slew of new questions.  Can your employer prohibit you from carrying two phones on the job?  What if you're in the military or an emergency services personnel?  Should a police officer be running around with two phones?  Is that a safety distraction?  The questions are endless.

What do you think?

The Flaming Lips with Edward Sharpe and the Magnetic Zeros – Do You Realize?