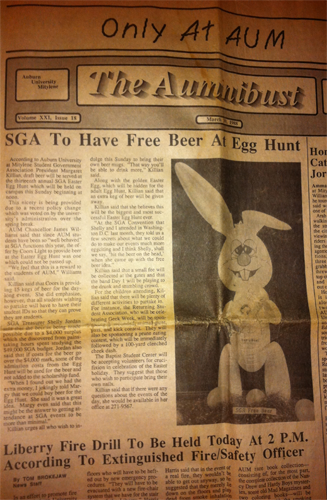 You may have seen the earlier post today about HootSuite’s April Fool’s prank re Happy Owls.

Well, later today I received a second email from Ryan at HootSuite.

This one reads a little differently than the first.

The prior email entitled HootSuite Pivot was sent to you in error. It was intended to be sent only to our Board, Investors and Advisors and is highly confidential. Please delete and ignore.

Thanks for using HootSuite, and have a great day!

It will be interesting to see if he is in trouble with his board and investors.

Like we said in the other post.  We tried something like this in college and it didn’t go so well.  When we said the SGA was going to have free beer at their Easter egg hunt in the student paper, the joke took a bad hop.  It all started because we were in photo journalism classes and did the set up of the blow up bunny.   We said they were going to have Budweiser at the hunt.  Some were calling the SGA office asking if they didn’t like Bud, could they bring other beer instead.

We had to put up fliers all over campus saying our bunny joke had taken a bad hop.  Our paper also lost credibility over the matter and we learned not to ever do something like this again.   Bets are, Ryan Holmes will be in the same boat for future April Fool’s.