We’re working on the layout of John Ed Mathison’s EPUB version of When God Redefines The Possible, now completed as a book for iPad and nearly ready for submission to Apple.

But our wonderful client also wants versions for Kindle & Nook and so we’re working on an EPUB version as well using InDesign.

But there was a problem with a layout that happened from importing the text.

The manuscript we received from the client was in the form of a PDF.  It had to be copied and then loaded into TextEditor on the Mac and from there, loaded into iBooks Author and then over into Adobe’s InDesign for EPUB formatting as you can’t go from an iBooks Author format to EPUB.  It just doesn’t work.

So when we imported the document from TextEditor into InDesign, it soon became apparent that there was something amiss.

And after some time in Lynda.com videos, I finally sent it to one of my InDesign gurus and asked what was up.

The answer came back quickly.

With Preview on, this became immediately apparent and quite honestly, this is something I never would have found without asking.  There simply are thousands of options within InDesign and sometimes, if you don’t know what you’re looking for, you’d never find it.

So for future InDesign layout work. If you have paragraphs that are not going the width of the page from margin to margin, try turning off the Balance Ragged Lines option in Paragraph Styles.

Here are two photos of how this fixed the problem.  Before and then after…. 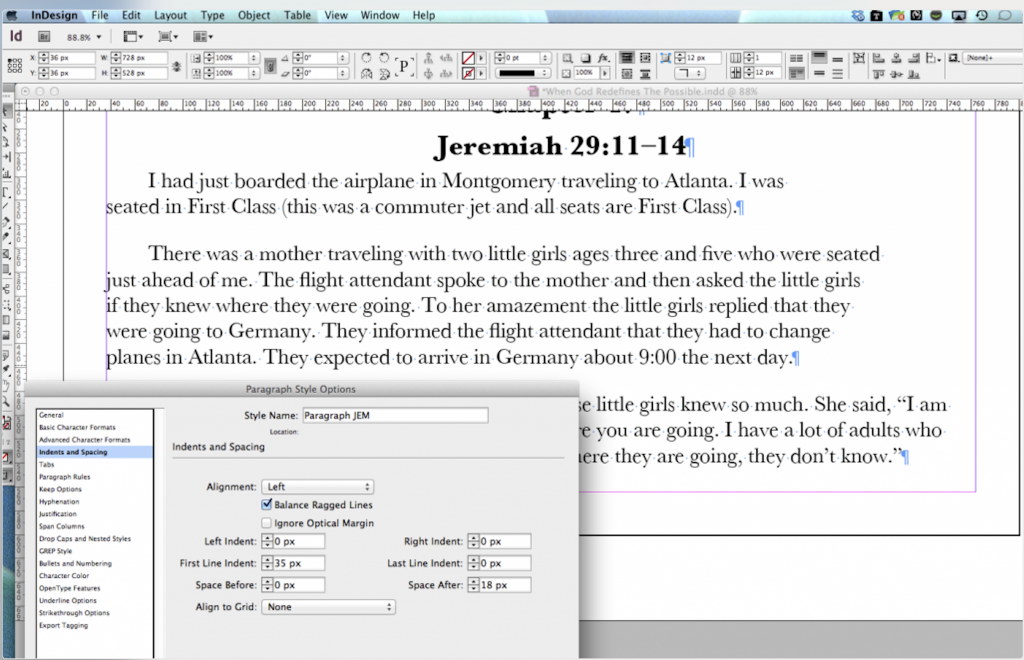 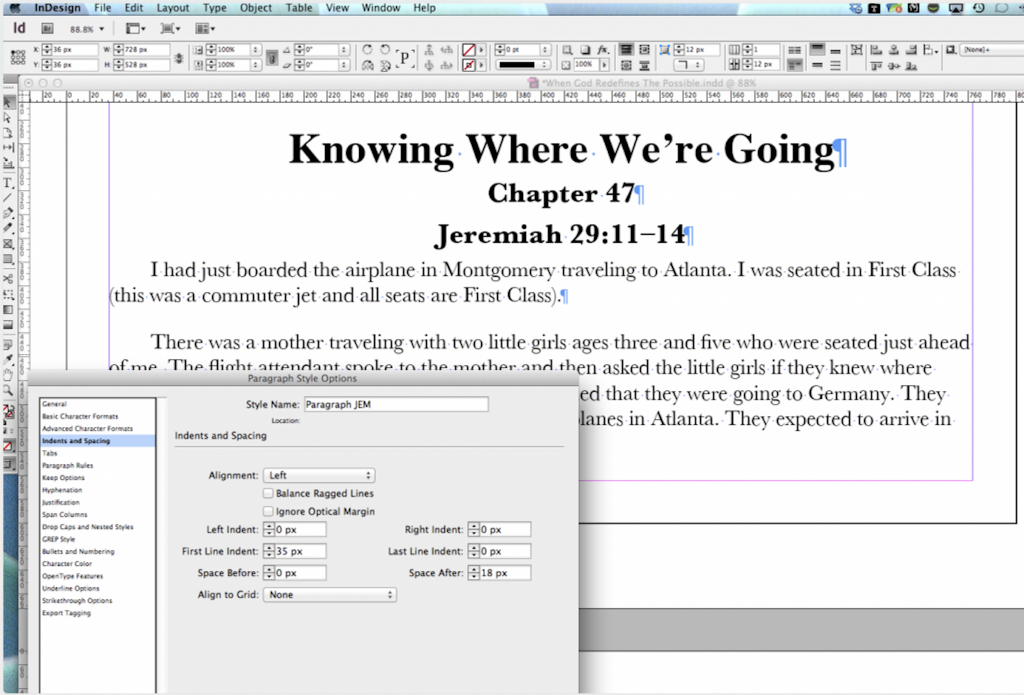 As you can see, the lines of the first two paragraphs now go all the way across without wrapping.  Even with Show Hidden Characters On, there was no indication of what was causing this issue.