Praise for James Carney in a Week from Hell 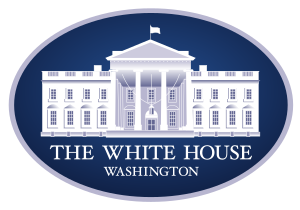 We’ve read a couple reports this week taking White House Press Secretary James Carney to task for the bungled way the Obama administration has released information about the killing of Osama bin Laden.  And to be fair to Carney, these critical reports aren’t completely fair to Carney.

Some have questioned whether he has the muster for the job.  We don’t.  While we’ve not had the privilege of serving in the White House, we have worked untold numbers of emergency situations through two Alabama governors and in Dallas representing the Dallas School District with more than 163,000 students, 20,000 employees and 1.5 parents per child.

This week’s repetitive changing of the “narrative” out of the White House has been compounded by one thing–there’ve been too many people talking.

For the president’s assistant Brennan, who got up Monday at the afternoon briefing with Carney and laid out a host of “facts,” based on what he had witnessed in the Situation Room at the White House in “real-time,” one has to wonder what in the world it was they were watching in the now famed “Situation Room Photo.”  To make the matter even more comical, Secretary of State Hillary Clinton has said that her hand covering her mouth indeed wasn’t in response to something she saw on screen, but rather, to cover her mouth as she was about to cough from hay fever.  (It’d have been more poignant to just let that fact stay private.) (And the duration of the photo was probably 1/60th of a second, not a milli-second…but we digress.)

You can read the accounting of how the week has transpired here, from the Fox website.  It seems fairly level-headed, particularly for Fox.

The Telegraph in England had this accounting and criticism of Mr. Carney. It’s the real trigger of this post.

Back To James Carney

Mr. Carney has survived a baptism by fire this week.  People often remark that the president’s job is hard.  A press secretary’s job is harder.  While a president, governor, superintendent, CEO has decisions to make about the operation of a business, etc.  it’s the press secretary who stands there for the group and takes the beatings when they’re being issued, and who well, still takes a beating even when things are going good.

One loses their life in a job like Mr. Carney’s.  It’s 365/7.  There is no break.  And in an ever evolving world with 24/7 news cycles, it’s almost impossible to stay ahead of the curve, particularly when there are so many people around you telling “facts” to the news media that you have to support carefully without discrediting their status, and without embarrassing the principal being served.

Hang in there Mr. Carney.  You made it through the week.  There will be something new in a few moments.  Enjoy the ride. As one sage adviser once counseled us, “Every day you’re here is one less day until you leave.”  Some times that can seem impossible to comprehend.  At others, it couldn’t come fast enough.

I fell in love at the Apple Store. Too funny