Healthy Christmas Eve Snacks for the Family and Santa Claus 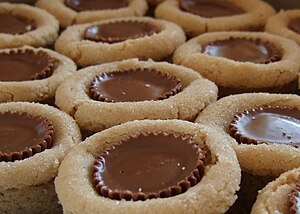 I’ve recently benefited from meeting Donna Israel, the president of Professional Nutrition Therapists, LLC here in Dallas. She helped me formulate the list of ideal Christmas Eve snack ideas that are listed below that will be good for the family and for that special plate of treats set out by the hearth for Santa Claus.

While not completely eliminating traditional sweets from Christmas Eve Santa snacks, the nutritionist has recommended choices of the following items for Santa and the reindeer:

Donald J. Claxton is a budding novel writer, vociferous reader, and life-long learner. He's an Apple fan. A PR professional. In college, he spent more time writing news for the schools' papers than going to class. A political science major, he has worked in the press office of two Alabama governors. At 30, he became the Press Secretary to former Gov. Fob James. He also has worked on federal, state, and local campaigns. Claxton has served as the communications director for two Texas, and one Oklahoma, school districts. Crisis communications is an area where he shines. His experience includes hundreds of print, TV, and radio interviews. From 2012 - 2016, he made amazing interactive books for the iPad. Now he works on improving the craft of novel writing in the company of his Great Pyrenees, A. Maycee Grace. He has three adult daughters.

There’s No App For That….