It became clear from watching last night's first episode of Mad Men Season 3, that this year's 13 episodes are going to be about how people deal with change.  We saw the introduction of new change agents in last night's show: most notably the Brits from the Sterling Cooper parent company across the pond.

In a brief clip that aired after the show concluded, Mad Men creator Mathew Weiner, said that this season was going to be about dealing with the factors that affect one when all of the "foundations" of every day life are in upheaval. 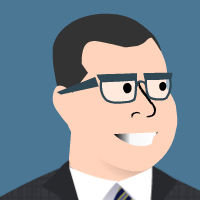 This is what makes the show such a winner.  While I've been thinking much of late about how mundane much of my life is compared to many others I know, it's still about what happens when the major foundations of which I've grown accustomed to are suddenly yanked out from underneath me and I'm left with the feeling that I'm fall off that building as that silhouetted figure in the show's bumper.

Just as the 1960s were a great time of upheaval and change in America, I think it's getting safe to say that the 2000s are every bit of in flux.  We're fighting two foreign wars as opposed to one.  The political ideology of America is quite fractured. The economy has cost millions of people their jobs, loss of life's savings, and then there is the threat of Big Government growing even larger and more and more out of control.  We've seen the threat of terrorism in our homeland. We've seen the threats of dangerous viruses. And we don't know where this all is going.

Those are things that go on in the mind of a parent these days as we also struggle to raise, feed, clothe and care for our children.  Health care costs are out of control. We look at the quality of our public schools nationwide and wonder what happened to the school systems we were in when we were kids.  We look to all of the negative influences our kids are exposed to on television and the Internet.  We wonder why we can't encourage our kids to get outside and play all day long.  We no longer have to do like our parents did and tell our children to "stop running in and out."  Heck, I'd be happy if our kids would even go out.

We have digital children who cannot look at the face of a clock and tell you what time it is without having to count the number of ticks from the top around the face.  We have children who can't imagine what it was like to not have a computer.  If our Internet service runs slow or times out, look out, because there are going to be Mad Kids.

And so our world's clash and collide with what's happening beyond our control and with what areas we still think we can influence.  The beauty of the silhouetted figure of Don Draper falling endlessly in the Mad Men intro is because he really does represent any one of us.  Now we all don't have the same issues he has, but there are similarities.

In 1993-4, I worked for Winton Blount III in Alabama.  Winton was running for governor.  In his conference room, he had a National Geographic map of the universe.  The first portion you saw was a close up example of the sun and it's nine orbiting planets.  Then there was an arrow pointing to a small point on the map of where all of that fit in in the Milky Way.  Then another arrow showing how small that was in comparison to the next level and so on, helping one understand how small a space we actually occupy in the scheme of things.  Winton proudly called the map the, "It Just Doesn't Matter," map.   The mortgage, the bills, the troubles of life, when you look at it in the grand scale, when the light we're seeing tonight from the stars was sent in our direction millions or even billions of years ago and it is just now getting to us, well, in many ways, he's right.

In these days of my life, I read much more than I ever did as a kid.  Right now I have at least seven different books going, from family life to social media and then onto secrets of the universe and quantum physics.  Each of these books stimulates my mind and has caused me to do a lot of thinking.  In one I read, it says that we now estimate we can only see four percent of the entire universe.  That leaves 96 percent we know nothing about.  Dark energy, dark matter, if it exists makes up the rest, or does it?

But the essential point to me is that I've got to focus on taking care of me, my wife, my kids and our portion of the world.  Do I make mistakes?  Of course I do.  Do I say things at times I wish I hadn't?  Of course, we all do.

So how do I do what Don Draper suggested to Sal last night and "limit" my exposure?  That's the $64 million question, isn't it?  Does any of us know the best answer to that question?  I feel so often that I'm not getting the full measure of a day of life.  Could I be doing more to squeeze out a little more life out of each and every day?  YES!

I don't want to live like a drone.  I want to experience life to its fullest.  I want to travel more.  I want to spend each available second with each of my children, teaching them about the wonders of this world.  Sharing with them what I've learned, while at the same time learning the keys to the knowledge which they have unlocked.  I want to take the creative energy and thoughts that constantly are whirling around in my head, and turn them into something to share with the world.

Are the best opportunities for all that located here in Dallas, TX?  I have competing thoughts about that.   One follows the adage of "Bloom where planted," and the other is an undeniable, hell no.

I want my children to have the best shot at a good life as possible.  Can they get that from not traveling as I did when I was a child?  Can a child really get the most out of their childhood if we don't compel them to get outside and experience nature?  (Even if it is going to be 97 today?)  Do I do the best for my kids if I don't ensure that they're eating well, getting enough physical exercise?  Do I do the best for my children if I don't expose them to the Arts, higher forms of thinking, critical thinking exercises, and instead allow them to stay in their comfort zones and not learn to deal with the changes of the world, even at a young age?

I'm seeking the answers to many of life's questions.  I'm praying for relief from God.  (I'm thinking he's the other 96 percent!)  And I know that even though I walk through valleys from day to day in this life, there will be days when I ascend to the top of the mountain like sitting atop Sentinel Dome in Yosemite each June. Yes, I shall continue at times to limit my exposure, but I will also find new ways to be exposed and deal with them accordingly.

10 FEET of Snow Expected in Sierra; I want to be in Yosemite!!

Telegraph Fire in Yosemite 95 percent out!

Yosemite closed because of huge snowfalls, @ctemp asks if I’m stupid re #globalwarming