Help a fallen police officer’s family this holiday, he was killed last week near Birmingham, AL

The details of this police killing along Interstate 65 just south of Birmingham, AL last week are just nutty.  A guy is driving home late, gets pulled over.  The police officer and guy talk.  The officer goes back and writes a ticket.  Comes back.  The guy tells the officer his brother's a policeman.  The officer says, "why didn't you say so?" and then the guy shoots him in the face, killing him instantly.  After a couple of hours search, the police officer brother drives the guy back toward the city of Pelham allegedly to turn in his brother and the man-hunt is over.  But meanwhile there's a fallen police officer who never will return to this life, leaving behind a wife and kids.

I can't begin to understand what would have caused the guy to shoot the police officer.  The facts as I've read them online just don't make sense. 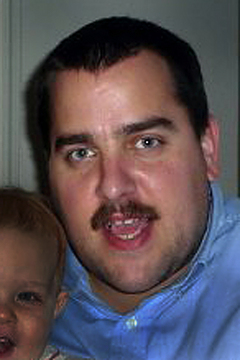 But what I'm asking you to do as you read this is to think about how rough you might have it, but there are likely few instances out there that could be worse at this very moment.  I've heard some really challenging stories the past few days.  And while I have thought 2009 has been a horrible year, nothing that has happened equates to my spouse having been shot to death while out serving the public.

You know with our Santa Cop program we support here in Balch Springs, we back police officers.  All my adult life when ever I've parted with police, fire and EMT personnel the last thing I say to each of them is "be careful."  And even when they are, apparently it's just not enough.

Please, write a check for $10, $25, $50 or $100 to the address below on behalf of Pelham, Alabama Police Officer Phillip Davis' family.  Christmas is almost upon us, and while that's going to be hard enough on this young family, please also think about the days to come, when the attention from his killing fades and they're left to fend more and more for themselves.  Please, please, please, consider them as part of your holiday giving this year.

And if you know of other officers out there who have lost their lives this holiday season, please share them with me. I'm happy to post others.

The Philip Davis Fund has been established at America's First Credit
Union to assist Davis' family. Donations can made at any of the credit
union's 14 Birmingham-area locations. or by mailing:

America: Egypt is calling, are we listening?

The Benghazi Attack–Will we ever know the truth?