Day 1 in Huntsville, AL: Do you say hi to others with a nice finger flick? 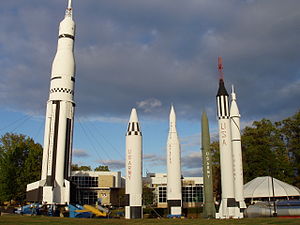 I’m dead tired but have so many ideas and missions running thru my head.

One thing I realized tonight while driving out to my friends’ house.  I was driving down a two-lane road and the driver in a car coming toward me flicked his fingers up to say, “Hi.”  He didn’t know me, he was just saying, “Hi.”

I still do this in Dallas with police and obvious law enforcement types.  It’s something I picked up from living here in Alabama, but also just because of all those years working around police and state troopers.  You saw one, you give them a friendly flick of the fingers that means, “Hi,” and, “I see you.”

You don’t get that back in Dallas.  In fact, driving out here on the Interstate, I felt like either I was so focused on the issues at hand or I’ve gotten so jaded from living in a big city, that I’ve stopped looking over to the side when I passed cars.  Yesterday, I just drove on passed.

So, it’s been nice to be back.  I was driving through downtown Huntsville to get to my friends and was astonished that Highway 231 looks just as unfinished as it did back in 1998 when I was here the last time on the campaign trail.  I don’t get it.

I need to stop and find a church in the a.m. and thank God for all he’s done for me.

Trying to wrap up two big video projects for two separate clients and the prospects are good for another new one.  God has opened so many doors for me the past few weeks.  It’s amazing when that starts to happen.  And it’s clear as a bell when it doesn’t.

iBooks News And Announcements — From Apple