Press Release v. News Release, There Is A Difference 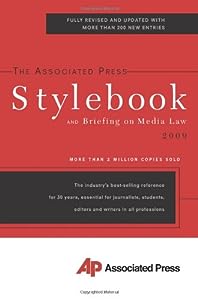 There are two options in the public relations world: 1) Go with a traditional and expensive PR firm that writes “press releases,” or 2) go with a company that’s focused on delivering “news releases” to reporters that will get attention and increase your odds of making it into a news cycle without winding up with a stack of reprinted press release copies no one read by a traditional and costly PR firm’s interns .

Once you approve of a glowing, acronym-laced two or three paragraphs of big words that mean nothing, “innovative, world-class, integrated, one-of-a-kind, first-of-its-kind, cutting-edge;” They add a boilerplate of more of this gibberish; and then they want to put it out on Business Wire for an exorbitant amount; Charge you for writing and publishing, and then at the end of the year; Send you a clip book full of how the same meaningless releases were reprinted verbatim on dozens of Websites neither you nor anyone else in the world have ever visited.

They love to write news releases full of technical jargon: We found this gem the other day:  “Automated Business Process Discovery (ABPD)” Not to mention that AP Style years ago said stop putting acronyms in parenthesis.  And take a look at the Business Wire page on “Submitting A Press Release.” Seriously, you’d think someone at Business Wire would know to write AP Style, too.

A news release is an entirely different creature.  (We could add EDC here for the benefit of some and the amusement of others.)

Having the mindset that you are writing and issuing a news release takes your content to an entirely different level.

First of all, you’re focusing on what’s going to get a reporter’s attention, not what is going to get the C Suites’.   A news release includes, wait, it’s coming — NEWS.

Acronyms like ABPD are apparently used by a very small population, so it needs to be included in the release so search engines will find it.  We get that.  But why not try to explain what your software or product does in layman’s words so someone can actually understand it?

A news release must have news in it. Just saying it’s going to save time and money doesn’t get it anymore, if it ever really did.

Second of all, it should be written in AP Style as most news organizations worldwide use this agreed upon writing convention.  In journalism classes around America, if you so much as get five stylebook errors in one project, it’s an automatic F.  (Bonus: That means there’s no such thing as a “second annual” anything.)

Third, a news release should be written in pyramid format with the most important information at the top and the least heading toward the end.  This gives an editor/reporter the opportunity to see what you think is most important and decide whether they agree with you or not without having to go on a goose chase.  (Bonus: They get dozens of “press releases” a day, they’re already on a goose chase as it is.  Don’t add to it.)

Fourth, make sure you have a very succinct and attention getting headline on the release.   A headline that says, “QPR Software to Offer Business Process Optimization with Automated Business Process Discovery Software QPR ProcessAnalyzer” isn’t going to get the same attention as “Independent Study Shows New Product from Helsinki Company 75 Percent Cooler Than Sliced Bread.”  Maybe not the best example of a rewrite, but it’s more likely to get a reporter’s attention than what was offered to the world in February 2011.

Fifth, while your traditional and expensive PR firm likes to use Business Wire, (They’re not paying for it so why should they worry?) there is nothing in the world better than calling/emailing a reporter and saying in the Subject line of your email: “Do You Like Sliced Bread?  What Till You Hear About This.”

One Last Note About Business Wire

We’re not saying you should not have your news release circulated on Business Wire.  In fact, it has meaningful use if used correctly.  But your odds of what you released being read by more than a traditional and costly PR firm’s interns goes up considerably if you’re writing for reporters and traditional readers and not the white shirts in the C Suite.

To execs at QPR, we think there are much better ways to tell your story than what was done in February 2011.  We’d love to help do that.