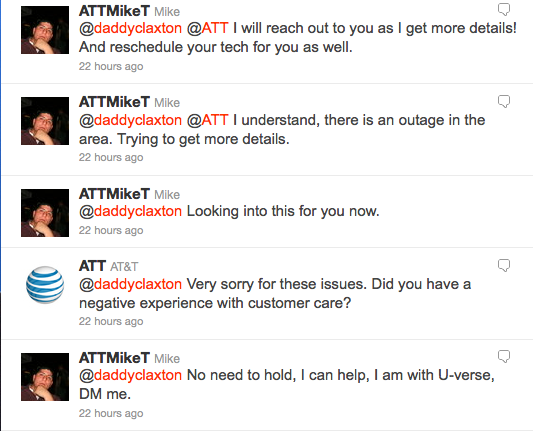 In the 1993 documentary, The War Room, about the 1992 presidential campaign of then-Gov. Bill Clinton where James Carville and George Stephanopoulos are basically followed with video cameras through some of the higher points of the ’92 campaign, viewers get taught the mantra of that campaign, which from henceforward, has become the mantra or operating procedure for later presidential campaigns, but for life in general.  When it comes to a crisis situation:  SPEED KILLS.

This might not really have been such a new thought back in 1992, but it was still in the very early days of the Internet and the evolving of the 24/7 news cycle.

Another maxim that came to be around the same time was: Answer an attack in the same medium it was presented. A more colloquial term might be, “Don’t bring a knife to a gun fight.” The principals are basically the same.

In this modern day of instant communications, hesitation can be costly.  Yesterday we were part of two different issues with national corporations–and in both cases, as consumers.

At 8:46 a.m. yesterday, we received an email from a potential vendor.  The email to us also included the email addresses of 736 other people who received a note that 1) one person was now going to be our “individual marketing consultant” (1 IMC v. 737 customers)  and 2) it was a violation of our trust by compromising our potential use of their company to potential competitors.

But Here’s What Really Went Wrong

We sent an email to the person who sent it expressing our displeasure about it.  A day later, we’ve still not heard back from him and there’s little doubt now that we’re going to.  It was reported to us by his boss that she’d not become aware of the matter until noon yesterday–Two hours after our email, nearly four hours after the breach.   By noon yesterday, we’d received similar reply complaints from the others on the list.   We also had received emails from some recipients who didn’t understand what had happened.  And then we also heard from a couple who thought we were spamming them.  But there was no outward response from the company until almost 6 p.m. last night when a portion of the 737 received an apologetic email.  The remainder received one this morning about 10:30–or 26 hours after the problem began to fester.

In that time, we’d posted about this matter.  We’d been a part of several email conversations from the others who had received the email.  And we’d tweeted to raise attention to the problem.  The damage was done.

Midway through the morning yesterday, some wonderful plumber in our area was digging and severed the lines to our area’s AT&T phone lines.  We went dead in the water without business phones and DSL WiFi and wound up having to work outside the office.  But we tweeted we were having a problem, and from being on the phone for 29:30 to convince AT&T there was even a problem, we found something just as annoying: The Muzak that over modulates, blares and only adds to the stress and anxiety level of having to call AT&T‘s automated line in the first place. (See video here about that.)

But here’s the difference

While it took 26 hours for us to hear back from InfoUSA.com, (And we need to express here they have taken steps this morning to appease their error) it took AT&T about 45 minutes to begin sending us Twitter replies.

And they stayed with us the rest of the day giving updates.   They even called after it began to get confusing–after all, there’s only so much you can say in 140 characters.

In the emails we received from the 736 others who received the email, we saw a number of comments saying they would never do business with the company again.   While they could have been out harvesting and saving clients, they had them jumping out of the boat and didn’t even realize the boat as sinking. Now in talking to their sales manager this morning who was doing damage control 26 hours later, she said she had seen the Twitter posts we had put out about this issue.  The sad part is, they didn’t respond in a timely matter, nor did they respond in the same medium in which the problem occurred.  In InfoUSA.com‘s case, theirs is a story of speed killing them by doing further harm to their brand.

In contrast, when we sent out a Twitter message about our issue, AT&T was in touch with us almost as fast as InfoUSA.com was Saturday when we signed up just to look at their options and they were pursuing a sale.  Two people from AT&T contacted us.  One of them called.  Instead of letting things fester, AT&T was doing immediate damage control–they were keeping us from getting more frustrated with them.  And they had no knowledge of the level of frustration we already were enduring because of the InfoUSA.com situation.  In AT&T‘s case, theirs is a story about speed mitigating further damage to their brands.

Our owner served as the communications director of the Dallas school district from Aug. 2001 until June of 2006.  With a district of 186,000 students, 20,000 employees and 1.5 parents for each student, there was always something going on.  And the seven TV stations in town were always pointing them out.  In those times, swift, accurate and concerned reaction was imperative.  This practice helped build trust for the organization from the Dallas community and from the media.  There were even times when live remote trucks were set up in front of his house to ensure that a comment was on the air for the 9 or 10 p.m. news.

Before that, our owner spent 10 years working in the Governor’s Office of Alabama.  Speed killed there, too, and it went in either direction depending on the governor, the media’s reaction, and the like.

From more than 20 years of understanding Speed Kills, we’re uniquely positioned to help others understand and practice this philosophy, too.

Between InfoUSA.com and AT&T, which do you think came out on the better end of the deal?