Maybe I'm not the first to write this tonight, but I'm going to do it anyways–Twitter proved itself again as a lightning fast news source today.  Period. 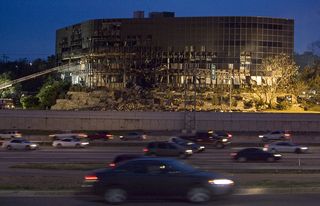 I know I got the first tweet from the Austin American Statesman as soon as they posted the Twitpic link to the first photos that came in.  I quickly popped open Tweetdeck and created a new search topic and was in the know the rest of the day–a good five to 10 minutes most often before it was getting to CNN or FOX News. Maybe that doesn't mean a lot to some of you, but to me, a news junkie and a PR pro who has been in the business for almost 23 years, there is nothing like the adrenaline rush of knowing the news and knowing it first.

My "BREAKING" tweets immediately started going out to my Twitter followers simultaneously and instantly I saw multiple retweets. Once the name Joe Stack became known, I, like many others began to scour the corners of the Internet to find out what we could about him.  As soon as the purported suicide note was up, I was looking into WhoIs Lookup data and forwarding that on.  I read the document.  Pulled the source code all the while suspecting a fraud and at the same time thinking there would be no real way to create such a fraud in such short order, particularly with the WhoIs Lookup registered to a Joe Stack in the same area of Texas and way back in 2006. 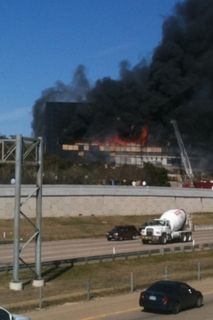 As soon as the event happened, Twitter was saturated with photos of those who were at or near the scene of the crime. When I retweeted one post and apparently forgot to list the Tweeter, I got a phone call from the Associated Press in New York because the tweet said, "FBI on Scene: pictures of plane crash from a friend that works across the street (183 @ mopac, austin texas) http://twitpic.com/13yjuc." At 11:03 a.m. CST, which was within about 20 minutes of that post, the AP in New York, had my phone number and was calling to find my purported friend. For you skeptics of the power of Twitter, you need to reread this paragraph.

Ah, but I'm sure there are those out there are going to say, so what?  I saw it on the news tonight and I got all you got without having to be apart of it all.  Maybe so, but what if there had been other planes?  What if I'd had friends or relatives working in that building and I wanted to know how they were?  There are dozens of counters I could give back to you to answer such attempts to discount the shear power of what happened today.

Maybe a small percent of the world's population is actually using Twitter, but those of us who are, are getting our information FAST.  And what we get, we're then able to do some checking of our own to see if what we're hearing, seeing, feeling, etc. is real or not.  And in times of an emergency like today, that was comforting.

And I'm sure there are those out there saying there was too much unverified information.  Well, I have to tell you, if you were a part of the Twitter stream associated with this event today, if someone posted something that was inaccurate, it may have gotten retweeted a couple of times, but then there was just as quick an effort for the information to be corrected.  I saw one guy post that it was the IRS office about 30 minutes before anyone else ran with it. I think most people stayed away from such until it was verified.

That gave me a good feeling about citizen journalism, because it worked today.  Real people fed the news stream and they flooded it in ways that TV and radio stations just can't do anymore without help.  I'm glad to have been a part of such a sophisticated process.  It's light years ahead of the way things were when I was a runner for the Auburn Opelika News back in 1984 and to file a story I had to type it in on a roll of brown paper towels.

Mike Huckabee’s ‘A Simple Christmas’ is Simply Special & Worth Buying

The President is Missing